Dobot Magician is the second generation of high precision 4-axis robotic arm for desktops, developed and produced by Shenzhen Yuejiang Technology Co., Ltd. It is multi-functional and has unibody design, bringing everyone the fun only technology can create. It is also easy to develop with its multiple extension ports and visualized programming environment, making it a very useful tool for both hardware lovers and coding beginners.

In this article you will learn what device will help you make your first steps in such interesting sphere as robotics!

Dear friends, today in our review an unusual device, a real robotic arm, or rather a multifunctional, robotic, desktop manipulator - DOBOT Magician!

The DOBOT Magician is a multifunctional table-top robotic arm for hands-on training.

Progress rushes inexorably forward, new automated devices appear every day in a variety of fields, and to ensure that young minds have time to master all these new technologies, a variety of technical solutions are being introduced into the learning process around the world. You may have already heard about 3D printers and other technologies that are being used to teach children and young people in all kinds of educational institutions.

The DOBOT Magician is just right for this purpose. In 2018, this device won the CES and Innovation Award as well as the iF DESIGN AWARD, this multifaceted system is an attractive addition to an educational environment or experimental space for techno enthusiasts.

DOBOT offers a wide range of end-tool capabilities such as 3D printing, laser engraving, writing and drawing, and much more. In addition, the manufacturer has developed a training program for educators to maximize the educational value of the DOBOT Magician. Available as a basic model and an educational model, this robotic arm is perfect for makers or educators looking for a fabrication tool that does a bunch of interesting - manipulations.

The Magician is securely packaged, with all of its contents arranged in separate sections. The diagrams on the small boxes help the user to identify the components inside, and the included manual makes unpacking easy. 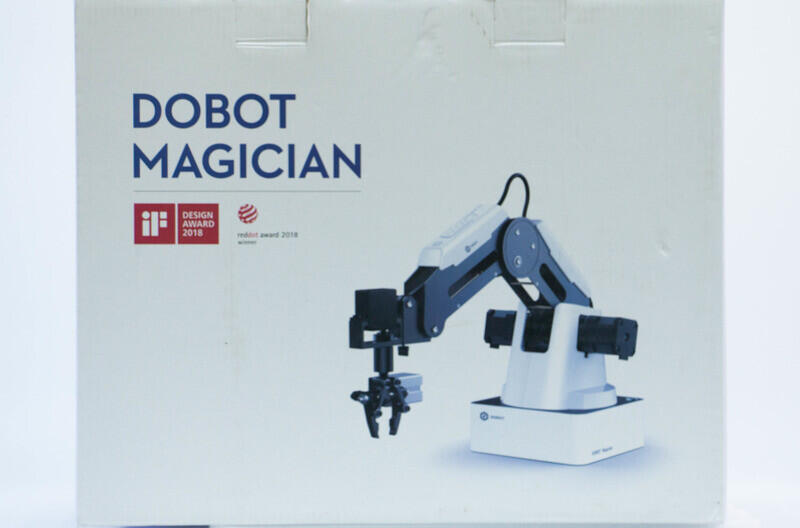 The manual included in the box is very brief - but it's enough for initial assembly and setup, and the rest of the manual is included in an optional online document.

As originally stated, switching between the different tools available is easy. Using the extruder for 3D printing was also intuitive, with each head/module secured with a screw. 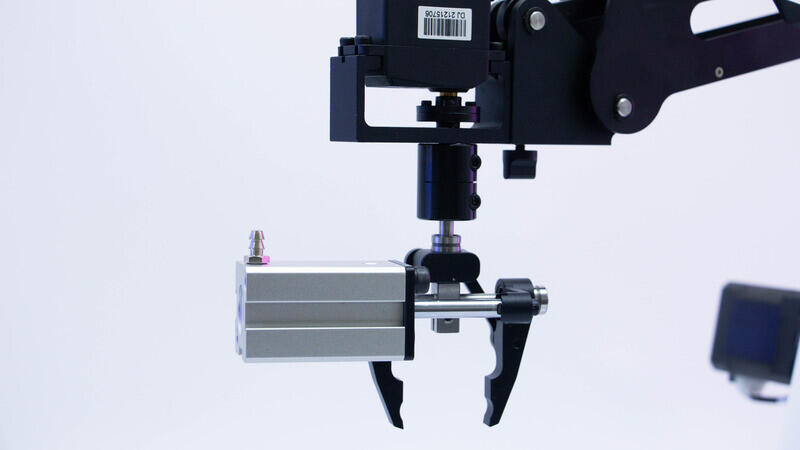 The purpose of the DOBOT Magician is simple: it's a multifunctional, four-axis robotic arm about the size of a desktop computer for hands-on learning. But the DOBOT can do more than just move different things from place to place; the device comes with various attachments that allow for 3D printing, laser engraving, writing and drawing, as well as gripping and vacuum pumping.

Whether it's soldering printed circuit boards or working with a 3D printing pen, the DOBOT Magician is capable of a wide variety of tasks. What's more, it offers high positioning repeatability down to 0.2 mm.

The open robotic system is compatible with 13 extensible interfaces and 20 programming languages, so users have many ways to control and guide the robotic arm. It includes a visualized programming interface that uses drag-and-drop command functions to make coding easier.

The manufacturer currently offers two different models: basic and educational. As we can assume, the robotic system for educational institutions contains several additional features that the cheaper model does not have.

While both versions include end tools for 3D printing, writing and drawing, gripping and vacuum pumping, the educational model also contains a laser engraving kit, Bluetooth and WiFI modules, joysticks, and more. We tested just the basic version, so we were not able to feel the engraver and joysticks.

DOBOT Magician consists of industrial-grade components, including a stepper motor with a high-precision gearbox and high-strength aluminum alloy, which surface is treated by the anodic oxidation method.

To extend the capabilities of the DOBOT Magician, a variety of additional devices can be connected to the system, including a linear rail kit, conveyor belt kit, visual kit and crawler robot.

A set of linear rails effectively extends the reach of the robotic arm (350 mm) to a distance of up to 1000 mm. Using an array of tool heads and a graphical programming environment, users can perform tasks such as writing a long letter or arranging objects.

A conveyor belt can also be added to the DOBOT Magician to simulate a complete production process. Various settings such as speed, distance and color sensor can be adjusted to create a highly efficient system that resembles a production mini-factory.

In addition to these accessories, DOBOT has developed many applications and an educational program to optimize the learning process with this robotic system. What's more, users with multiple DOBOT Magician devices on hand will be able to control multiple robotic arms from a single device, what the manufacturer calls "multi-robot collaboration."

The maximum working area of the 3D printing head is 150x150x150 mm and DOBOT prints with PLA material with a resolution of 0.1 mm.

Model cutting is done with the Repitier Host program, no one should have any problems with it. In general the print quality is ok for such a device, but when using an extruder or an engraver there is a little backlash.

Example of writing and drawing

In the writing and drawing mode, a pen is installed in the manipulator. You can write on different surfaces, or draw pictures. There is even a library of standard artwork that lets you do initial tests and you can also load your own materials. Since the pen is much lighter than an engraver or extruder you won't notice any backlash and it works very accurately in this mode. 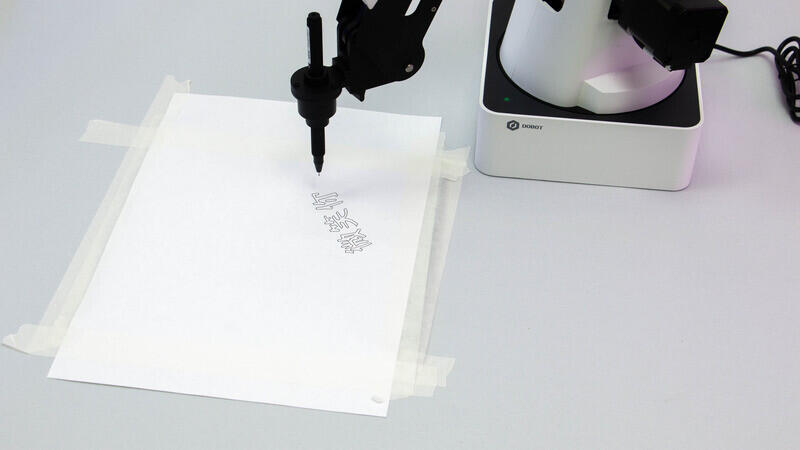 By the way, the software can convert any drawing into a vector, which is very handy. See the device in action in our video review!